To Your Health Series: Types of Medicinal Mushrooms

Eastern medicine values preventative medicine over reactive medicine. For centuries, cultures have long considered certain mushrooms to be responsibile for their prosperity and health. Their use of these mushrooms contributed to longer lifetimes, less health issues, more youthful appearances, and increased energy levels. Read more to understand the healing properties that mushrooms can provide, as well as learn some of the most popular medicinal mushrooms available. 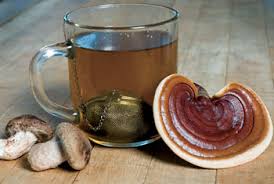 In a previous article, this author discussed the discovery of mushrooms and their health benefits that dates back thousands of years.  For centuries, certain cultures have used mushrooms for their large range of medicinal capacity.  Certain mushrooms have powerful immune boosting enhancers, antibacterial and antibiotic properties, anti toxins to support the liver and kidneys, adaptogenic properties to alleviate and assist in coping with environmental stressors, as well as natural cancer fighting properties.  Although many of these properties are found in vegetables, mushrooms show an accelerated amount.  Many believe this is due to the way the mushroom grows on the trees.

How to Prepare Mushrooms For Medicinal Use

Preparing these mushrooms and even preserving them is not difficult in the least.  In fact, multiple medicinal sources suggest that teas or infusions made of mushrooms are the best way to treat a person medicinally.  The hot water breaks the polysaccharides out of the undigestible cell walls so that it’s immune properties are released and made available.  However, many mushrooms can be dehydrated and stored much like the food we dehydrate.  When shiitake mushrooms are cooked or dehydrated their nutritional properties improve.

Due to the fact that there are over 220 anti-tumor and 42 anti-viral agents that have been isolated from fungi, studies on mushrooms and their effect on the human body have been ongoing since the 1960’s.  Natural News states that there are over 150 species of medicinal mushrooms found to inhibit the growth of different kinds of tumors, especially cancers from the stomach, esophagus, and lungs, but there are certain mushrooms that seem to stand out, as far as cancer fighting abilities go.

Although this type of mushroom does not contain the beneficial polysaccharides that were discussed in the previous article, button mushrooms are loaded with aromatase inhibitors, a natural occurring cancer fighting agent that is specifically helpful in fighting breast cancer.  Women who do a regimen of taking button mushrooms and drinking green tea can reduce their risk of breast cancer significantly.  According to a study conducted in China, women who ate 10 grams of button mushrooms were two thirds less likely to develop breast cancer.  Button mushrooms also have anti-viral and anti bacterial agents present in them as well.

Button mushrooms can be cooked, eaten raw or made into a tea.  They are easy to grow too.

The Chaga mushroom has been isolated for it’s cancer fighting abilities.  This type of fungus grows mainly on birch trees, but can occasionally be found on ironwood, elm, alder and beech trees.  This mushroom is actually a fungal parasite that draws its nutrients out of living trees, rather than from the ground. The chaga mushroom has a charred looking appearance that grows around the wound areas of the above stated trees.  According to sources, the chaga mushroom has one of the highest amounts of antioxidants that an be consumed.  Chaga mushrooms treat ailments and disorders such as an immuno stimulant, used as an anti-inflammatory, treating stomach diseases, intestinal worms, liver and heart ailments, cancers such as breast, liver, uterine and gastric, hypertension, diabetes, anti-tumor activity, and reduces symptoms of HIV/AIDS.

Chaga can be made into a tea by soaking the fungi in water for four hours to soften it, and then placed in boiled water.  For more intricate details, as well as how to make a chaga extract, click here.

Cordyceps  are used to strengthen the body and mind at a fundamental level.  This mushroom is also called the Chinese Caterpillar Fungus because it grows in the larva of the ghost moth.  It has been used to medicinally treat humans and animals with different types of cancers and health issues including lymphoma, and acts as an immuno stimulant, and possesses antioxidant properties.  In addition, cordyceps have a dilating effect on bronchials and act as a cough suppressant, thus minimizing the symptoms of asthma and other respiratory disorders while making breathing easier.  Due to the increase in blood flow this mushroom creates, it would make an ideal dietary supplement to increase endurance levels.  Many endurance runners make a tea  to increase their energy levels while training.  Research is currently going on to see if this mushrooms has an effect on those with diabetes and liver related problems.  Click here for more information.

Reishi mushrooms are known in Eastern medicine as the Immortal Mushroom and the Resurrection plant.  For over 4,000 years this mushroom has been used for it’s health benefits, longevity, resistance from diseases, energy and memory enhancements.  Reishi has been known to treat a variety of medicinal problems including treatments for cancer, hepatitis,prevents the death of lymphatic cells, lowers blood pressure, heart disease and arthritis and increases daily energy levels.

Since this type of mushroom is very woody and inedible when fresh, the traditional way of preparing reishi for medicinal purposes is to prepare a tea.  Additionally, some like to dry the mushroom out and grind is up to make a coffee-like tea with or use in soups and dishes.  There are also capsules available in health stores as well.

This kit can help you grow reishi mushrooms, the most well renowned of all the medicinal fungi

Shiitake mushrooms are the most researched of all the mushrooms.  It can be used both medicinally and for culinary purposes.  Medicinally speaking, shiitake mushrooms have antihistamine properties that can assist in allergy related discomfort.  This mushroom type also assists in treating high blood pressure, has cancer fighting agents (particularly for those that suffer from stomach cancers), anti-tumor agents. antifungal and 42 different anti-viral agents.  Shiitake also has eight different types of amino acids (in better proportions than milk, eggs and soybeans) and is a good source of Vitamin A, B, B12, D and niacin.  Readers may also be particularly interested in this mushroom type used as an antibiotic.  (Source)  Shiitake mushrooms have been used for high cholesterol, diseases of the liver (such as hepatitis B and cirrhosis), general immune support, and diabetes (for high cholesterol).

A tea can be made from fresh mushrooms, dried or dehydrated mushrooms, or a mushroom powder can be used.  Interesting, it has been found that when shiitake mushrooms are cooked or even dehydrated, the nutritional amounts increase.

This article is for informational purposes only.  If a person is considering using mushrooms as a medicinal source, contact a doctor for further advice.  Additionally, women who are pregnant should talk to their doctors before taking an alternative medicine source.  Some mushrooms are poisonous.  If you cannot identify them, do not take the chance in eating them.  A Field Guide to Mushrooms is an excellent and practical guide to mushrooms.

This article was originally published at Ready Nutrition™ on October 20th, 2010